Madrid, 10 October 2019 – National governments, the European Union and elected officials across Europe are failing to respond to communications from citizens. A study published today by Access Info and partner organisations reveals, something that must be addressed with urgency if trust in the political system is to be restored.

The report “50 Questions from YOU to the EU” sets out how more than 200 citizens from five countries suggested over 300 questions about the future of Europe, which were then sent to public authorities, MEPs and parliamentarians. The questions related to topics of concern, ranging from the 2019 EU elections to environmental protection to fake news to good governance. Of 600 questionnaires sent, only 181 answers were received.

A particular problem identified by the research was the failure of policy makers to use channels of communication most likely to reach young people, in particular the lack of responsiveness via social media.

“Our research identified widespread scepticism about whether citizens’ questions would get any answer, a scepticism which was justified. That is a serious problem!” said Helen Darbishire, Executive Director of Access Info, one of the five NGOs that carried out the study.

“We call on public institutions and elected representatives across Europe to listen and to communicate directly with citizens via the channels of communication that most are familiar with. It is not sufficient to rely on more formal participation processes” concluded Darbishire.

The main recommendations contained in the “50 Questions from YOU to the EU” report are:

One of the main goals of YOU4EU Project is to promote citizens’ participation and to provide them with tools and communication channels so they can ask questions to public authorities and representatives. It also aims to bridge the gap between citizens and directly elected deputies who must listen to the interests and needs of those who they represent.

Access the publication: “50 Questions from YOU to the EU”. 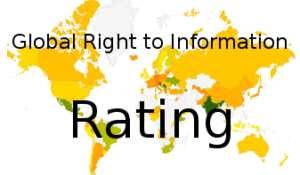