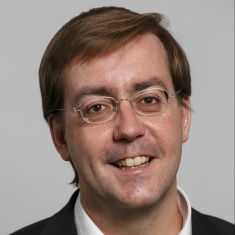 Christian Mihr is the Executive Director of Reporters Without Borders Germany, since 2012. He lives in Berlin, but loves Bavaria. He still believes in the possibility of a European public sphere and likes to satisfy his curiosity by using access to information laws. He also deals with issues such as censorship and online surveillance, online security, press freedom in the digital age, media pluralism and the responsibility of intelligence services in the digital world.

His current work at RSF requires him to pay attention to the whole world, but he has a special interest in Colombia, Ecuador, Chile, Azerbaijan, Belarus and Russia. Before joining RSF Germany, he worked for a long time as an editor and freelance for several print and online media in Germany and Ecuador, and as a journalist trainer for a German foundation in southern Russia. He studied journalism with a specialization in Latin American Studies and Political Science at the Catholic University of Eichstätt-Ingolstadt and the University of Santiago de Chile.