ARE THE TTIP NEGOTIATIONS TRANSPARENT?

WE INVESTIGATED WHAT INFORMATION IS AVAILABLE AND WHAT IS NOT.
HERE’S WHAT WE FOUND

The following timeline guides you through the development of transparency around the TTIP negotiations. Browse through, and let us know if you think we have missed something!

WHAT ARE THE KEY DOCUMENTS?

Consolidated texts are those where the EU and the US positions on issues are shown side-by-side. These documents are crucial for assessing accountability by comparing those positions with the final text both during the negotiating process and once the agreement is reached.
EU textual proposals are the European Union’s initial proposals for legal text on topics covered by TTIP. They are tabled for discussion with the US in negotiating rounds. The actual text in the final agreement will be a result of negotiations between the EU and US.
EU position papers set out and describe the European Union’s general approach on subject areas in the TTIP negotiations. They are tabled for discussion with the US in negotiating rounds.
Legal advice is produced by the Legal Service (an internal service) of the Commission and contains the Service’s opinions about drafting and conducting international negotiations, as well as a range of other Commission competences.
Non-papers are documents designed to stimulate discussion on a particular issue without representing the official position of the institution or country which drafted them. Non-papers have no official status, but can be very useful in starting debates on particularly sensitive issues.
Minutes of meetings contain (detailed) information about the participants and their positions.
Agendas show date, place, participant(s) and subject(s) of meetings.
Correspondence includes all forms of communication whatever the format in which occurred, such as email.
US documents in possession of the EU include all types of documents mentioned above which were created by the United States and are in possession of a EU institution. These documents are also covered by Regulation 1049/2001 regarding public access to documents (Article 2(3)).

WHICH INFORMATION IS PROACTIVELY PUBLISHED?

Since January 2015, following public pressure, the EU Commission has disclosed textual proposals on a rolling basis.

Since January 2015, following public pressure, the EU Commission has disclosed position papers on a rolling basis.

The EU Commission does not proactively disclose to the public ongoing or final consolidated texts that bring together EU-US positions. These are available however, to MEPs and national MPs via ‘reading rooms’.

The EU Commission publishes legal reports from external experts, but it does not proactively publish the internal legal advice it receives.

Drafts, non-papers and other

Drafts, non-papers and other

The EU Commission does not proactively disclose drafts and non-papers to the public.

The EU’s transparency policy has not been extended to include publishing proactively the work agenda or list of meetings of the EU Chief Negotiator. The rules do apply to Commissioners’ and Directors-General’s record of meetings.

The EU Commission does not proactively publish relevant correspondence related to TTIP to the public.

US docs. in possession of the EU

US docs. in possession of the EU

The EU Commission does not proactively disclose US documents in possession of the EU to the public.

WHAT ABOUT THE REST? WHAT ARE PEOPLE REQUESTING?

We have analysed 77 access to EU documents requests related to TTIP submitted through AsktheEU.org (click here to download the raw data). Requests show an overwhelming interest for information about who discusses TTIP when meeting with the Commission, and therefore who is influencing the EU’s negotiating position. Out of these 77 requests made since 2013:

SO PEOPLE ARE ASKING – THIS IS WHAT THEY GET:

Outcomes according to the type of document requested via AsktheEU.org:

Number and combination of exceptions applied to deny (full or partial) access to TTIP-related documents via AsktheEU.org:

‘Protection of privacy’ is the most commonly used exception to deny full access to TTIP documents. It is used on 46% of refusals.

The Commission should make consolidated texts available to the public. These documents should be available for the public to read, scrutinise, and discuss in order for them to understand the contents of the negotiations. Other documents such as drafts, non-papers and legal advice should also be accessible to the public so they can follow the entire decision-making process.
Institutions should record and publish minutes of meetings with third parties on TTIP. This includes meetings outside of formal participatory mechanisms such as advisory groups or public consultations. The lack of information that is available to the public unfairly limits their right to know who influences EU decision-making (only 2 of 48 requests for minutes of meetings submitted via AsktheEU.org resulted in disclosed information).
The EU institutions should better balance the right of access to EU documents and exceptions to access such as to protect privacy and international relations in favour of greater transparency. In addition, Regulation 1049/2001 is clear that while third parties such as the United States have a right to be consulted with a view to assessing whether an exception applies, this does not equate to a veto over disclosing documents – the final decision should lie only with the EU institution.
The Commission’s 2014 transparency policy to publish Commissioner and Directors-General meetings should be extended to other officials engaged in the negotiating process and in particular the EU Chief Negotiator.
All citizens and stakeholders should have equal access to documents and information about the TTIP negotiations. If a document is disclosed to one person, then it should be available for all – more proactive publication of documents would help to ensure greater equality of access. 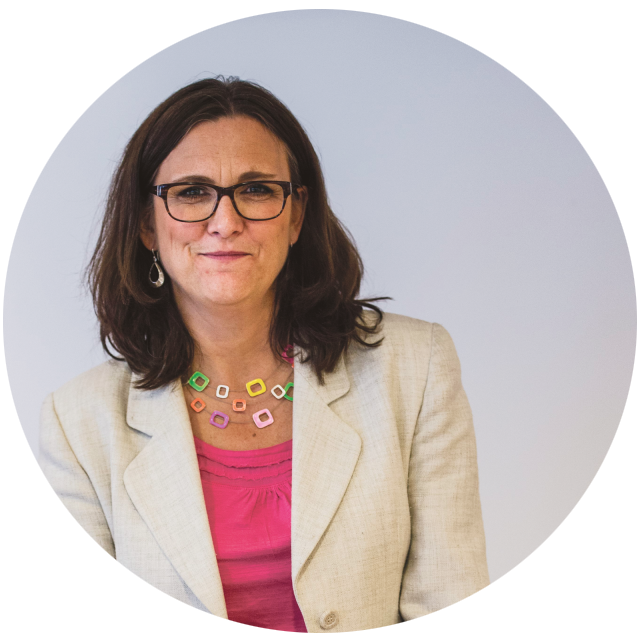 “There is no doubt that the debate continues but our initiatives are starting to bear fruit, particularly on transparency. The steps we’ve taking are being acknowledged. Even our deepest critics have to admit that there is a now great deal of information in the public domain. Do we need to do more on transparency? Possibly. I think we probably have reached the limits of what the EU can do on its own. But as the negotiations proceed we may decide, together with the US, to do more”. 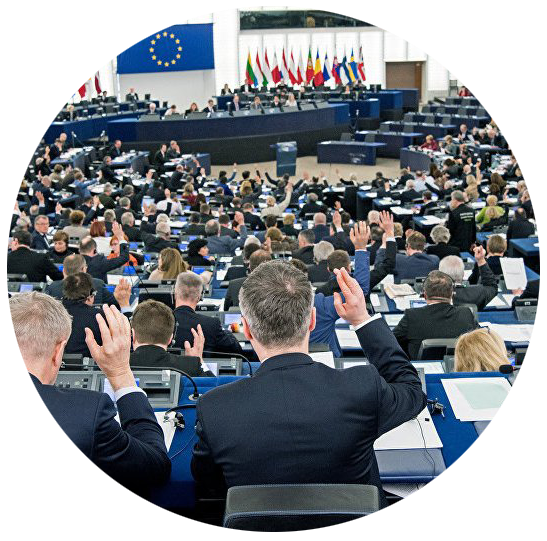 “Regarding transparency, civil society involvement, public and political outreach: [The European Parliament recommends the Commission] to continue ongoing efforts to increase transparency in the negotiations by making more negotiation proposals available to the general public, to implement the recommendations of the European Ombudsman, in particular relating to the rules on public access to documents”.

European Parliament, Recommendations to the Commission on TTIP 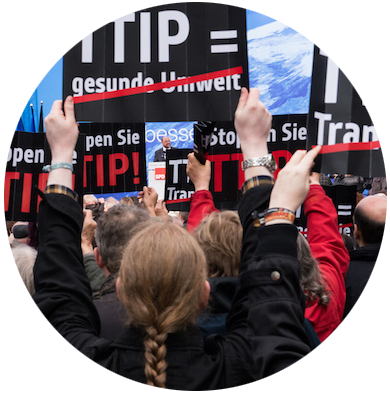 “The negotiations over TTIP are taking place behind closed doors, although the agreement will have far-reaching effects for the citizens of the EU. Even the composition of a preparatory group of the negotiations and the wording of the negotiating mandate are secret. This is incompatible with democratic standards!”

Civil Society (such as the Stop TTIP Campaign), European Initiative Against TTIP and CETA 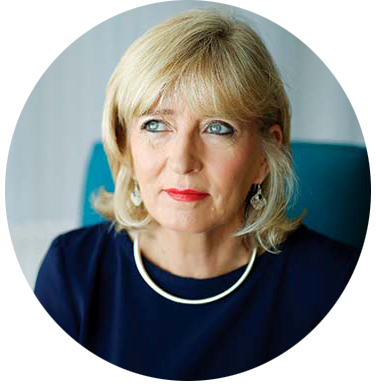 “The Ombudsman is aware of arguments that, given the complexity of the issues involved in TTIP, greater transparency could lead to confusion and misunderstandings among citizens. In the Ombudsman’s view, such arguments are profoundly misguided. The only effective way to avoid public confusion and misunderstanding is more transparency and a greater effort proactively to inform public debate. In her view, the Commission should, if it considers that a document is open to misinterpretation, simply provide the necessary explanations when it releases the document. It should also engage with those who express legitimate concerns”.

» Keep learning about transparency of decision-making in Europe.